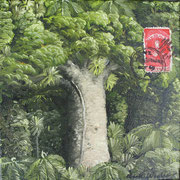 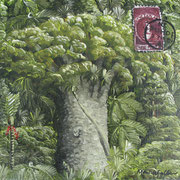 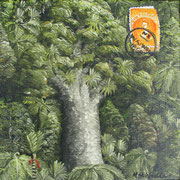 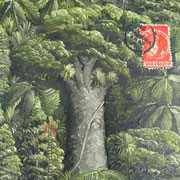 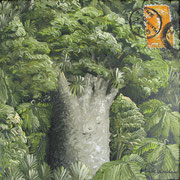 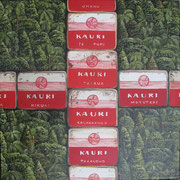 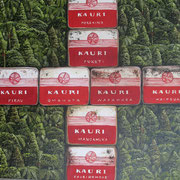 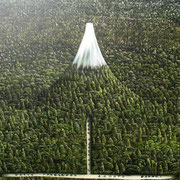 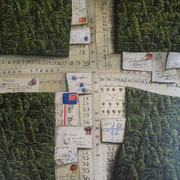 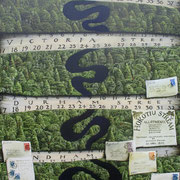 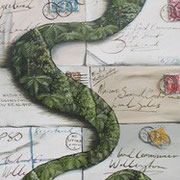 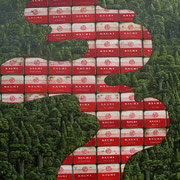 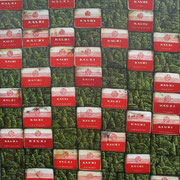 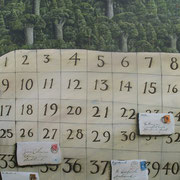 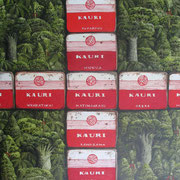 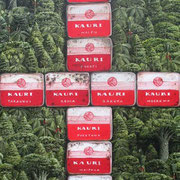 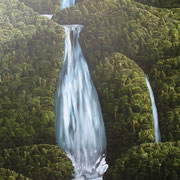 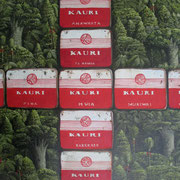 'Symbolism and Colour in Landscapes Depict History in Inventive Ways'

This is a week for landscapes but none of the artists portray any particular place. They do not depict nature objectively but bring together various impressions to create a scene governed by subjective moods.

Specific places are mentioned in the work by Mark Wooller at the Warwick Henderson Gallery but they only occur lettered as symbolic names and places and roads.

The landscapes are shown as vast tracts of primordial kauri forest – a forest of mythical proportions.These are the basis for a visual meditation on early land transactions in our history. Not that these are any sort of conservationist tract; rather, they fix a moment in time.

The principal element is thick dark green canopies of bush with patterns of trees and fern painted with great patience and care. Great trunks of Kauri appear and in the smaller paintings Tane Mahuta himself occupies and central place.

The word “kauri” has a ring to it and the vanished kauri forests have a special place in our collective memory. Wooller has emphasised this as part of the still-life that interacts with the green forest that is the soul of the land.

In some paintings, notably A Fine Cut, there are exact replicas of tins of a tobacco called Kauri. The contrast between the commercial product and the mighty giant is ironic.

The artist’s skill with still-life is put to even better symbolic use in many of the other works. These show pathways and rivers cutting through the density of the bush as well as old calendars and plans.

Most effective are the envelopes and other documents, such as deeds, that play an important part in most of the compositions. The envelopes are painted convincingly with hand painted addresses and carefully drawn stamps and postmarks. Some are crossed with blue crayon as registered letters used to be. All are connected with land transactions and supplemented by tags from milling and land-for-sale

They make it clear that the immense resources of timber were wiped out by commercial agreements. A particularly strong image of Horotiu Stream, where pathways through the forest are labeled Queen St and Wellesley St and the documents include a notice of lots for sale surveyed by Mathew Felton, who

was responsible for laying out much of early Auckland.

In some of the paintings the dark colour of the course of a meandering stream looks more like bitumen than water – though this may be another deliberate irony. There are places where the whole concept is pushed too hard, notably where the bush does not roll away into the distance but remains flat, even when it supports a stylised mountain. Nevertheless, this is an impressively coherent show that grapples with our history in a visually effective way.